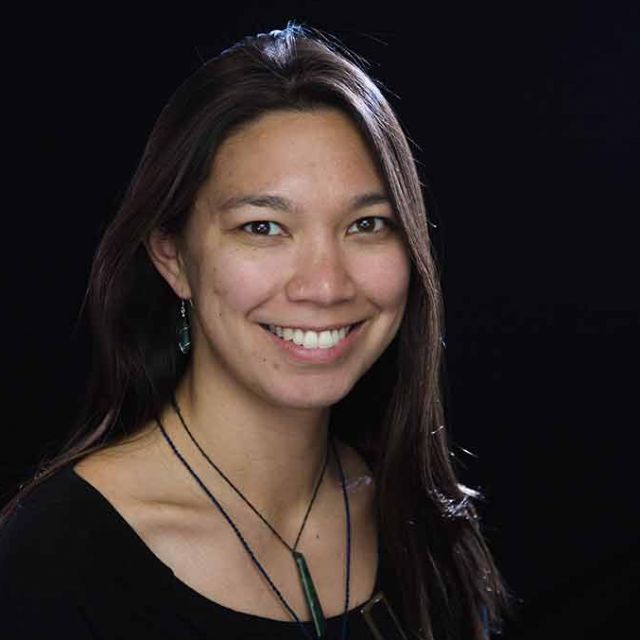 I earned my B.A. in Chemistry and Biology from Rutgers, the State University of New Jersey; it was at Rutgers that I first became fascinated by the unique and quirky metabolisms of marine microbes and learned about the powerful connections between mathematics and biology. After obtaining a Masters in Biological Oceanography from the MIT/WHOI Joint Program (where I worked on the optimal design of marine reserves), I did my Ph.D. work in terrestrial ecology, focusing on the metabolic mutualism between trees and ectomycorrhizal fungi. I then returned to Woods Hole as a postdoctoral fellow, studying marine mixotrophy and acquired phototrophy in planktonic communities. I joined the faculty at UCSB as an Assistant Professor in 2016.

The Moeller Lab uses a combination of mathematical, experimental, and observational approaches to study acquired metabolism. When organisms acquire metabolism (i.e., gain access to metabolic pathways that aren’t hard-wired into their own DNA), they fundamentally change their ability to interact with the living and non-living components of their environment. Examples of acquired metabolism surround us: bacteria gain antibiotic resistance by incorporating DNA from their environment; corals gain the capacity to turn sunlight into energy by incorporating algal endosymbionts. Even we humans, with our vast complement of gut microbiota, benefit by playing temporary host to other metabolisms. Our lab is broadly interested in the effects of such acquired metabolism on community structure and function and on the evolution of species interactions. Ongoing work is focused primarily on metabolic mutualisms (e.g., tree-ectomycorrhizal symbioses) and acquired phototrophy (e.g., kleptoplastidic protozoa), but as theoretical ecologists we have widely ranging interests in community ecology.