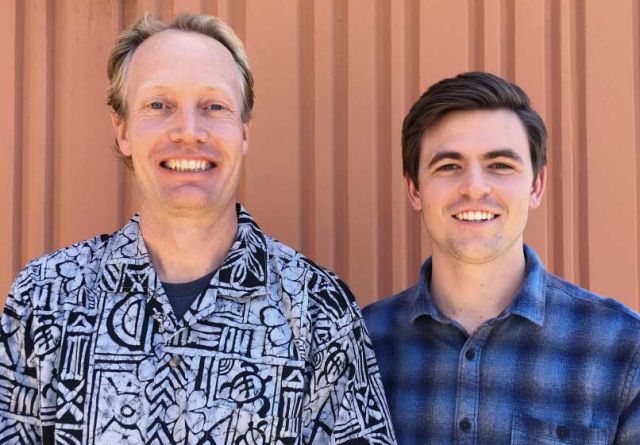 It’s a well-known fact that the ocean is one of the biggest absorbers of the carbon dioxide emitted by way of human activity. What’s less well known is how the ocean’s processes for absorbing that carbon change over time, and how they might affect its ability to buffer climate change.

For UC Santa Barbara oceanographer Timothy DeVries and graduate student Michael Nowicki, gaining a good understanding of the trends in the ocean’s carbon cycle is key to improving current models of carbon uptake by the Earth’s oceans. This information could, in turn, yield better climate predictions. Their paper on the topic is published in the Proceedings of the National Academy of Sciences.

“But what we found is that the rate at which CO2 was accumulating in the atmosphere doesn’t necessarily track emissions,” he continued. Indeed, after looking at two decades’ worth of carbon emissions versus atmospheric carbon accumulation data, the researchers came away with some counterintuitive results.

That variability, the researchers said, is due in part to the ocean’s carbon-absorbing activities, a range of physical and biological processes that move carbon from the surface to depth. Up to 40% of the decadal variability of CO2 accumulation in the atmosphere can be attributed to how quickly the ocean takes up carbon; the rest can be attributed to activities in the terrestrial biosphere.

The results in this paper underscore just how dynamic the ocean is, with any number of factors influencing its ability to act as a carbon sink, the researchers said. Among the primary physical factors that drive oceanic carbon absorption is ocean circulation — CO2 is absorbed into surface water which then sinks as the currents take it to cooler parts of the world, sequestering the greenhouse gas away from the atmosphere.

Both natural and anthropogenic warming could affect the deep ocean currents, which are driven by differences in water density (cold, dense water sinks while warm water is less dense and rises), in effect, slowing these currents down, decreasing the rate at which carbon is absorbed and making the ocean less efficient as a carbon sink in the long term. Similarly, other natural phenomena such as El Niño and volcanic eruptions have the power to change temperatures and wind patterns which could, in turn, affect ocean currents.

The good news is that climate models generally have been pointing in the correct direction.

“It was interesting to see that the ocean models got the trend generally, but the magnitude was smaller (than what was noted in the observations),” Nowicki said. “But that brings up the next question: Why is that?”

“We need to do more research to look at what’s driving this variability,” said DeVries, who made the distinction between climate variability — relatively short-term fluctuations from the general trend — and climate change, a long-term trend in which the climate enters a new mean state, a “new normal.” Capturing the ocean’s changing carbon sink in models, the researchers said, will lead to more accurate climate predictions.