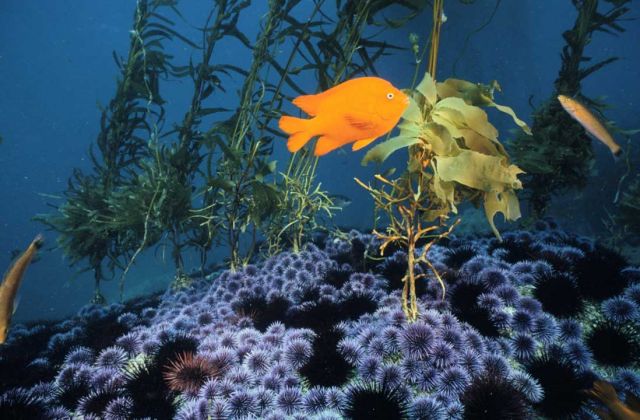 Leopold proposed that predators keep herbivore populations in check to the benefit of an ecosystem’s plant life. Remove one link in the food chain, and the effects cascade down its length. The idea of a trophic cascade has since become a mainstay in conservation ecology, with sea urchins as a prime example just off the California coast.

“Urchins play a key role in the kelp forest because they eat kelp,” said Katrina Malakhoff, a doctoral student in UC Santa Barbara’s Interdepartmental Graduate Program in Marine Science. “And there are times and places when urchins eat so much kelp that they actually end up removing it all and creating urchin barrens.”