A Master of Many Elements 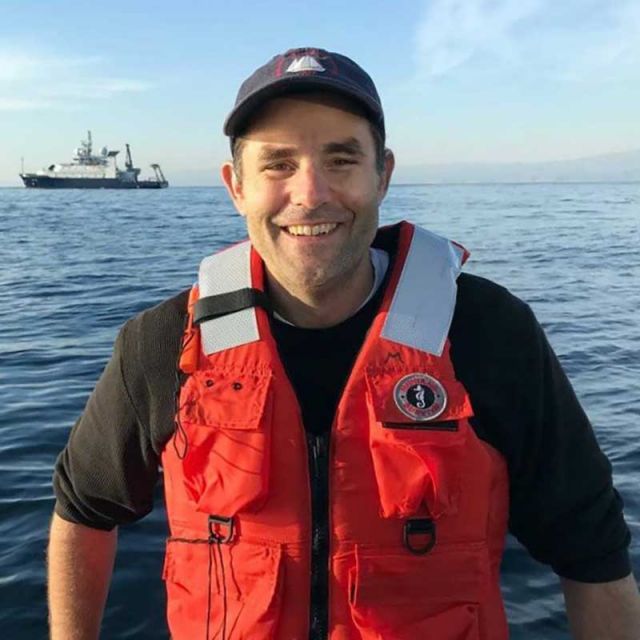 Professor David Valentine describes his interests as “microbes, molecules and their milieu.” It’s a multifaceted topic for a man with many interests at the interface of microbiology, chemistry and Earth science. He’s particularly renowned for his work on the ecology of offshore oil seeps and other interactions between biology and hydrocarbons.

Now, the American Academy of Microbiology has selected Valentine as one of its 2021 fellows. This distinction “recognizes excellence, originality, service and leadership in the microbial sciences.” Academy fellows, eminent leaders in their discipline, “are relied upon for authoritative advice and insight on critical issues in microbiology.”

“It's a great honor for me to be elected a fellow of AAM,” said Valentine, who holds the Norris Presidential Chair in Earth Science. “Most of the elected fellows in my class are medical microbiologists. I am a professor of Earth science, which makes it all the more special in a year dominated by a virus.”

"The department takes great pride in the diverse array of scientific advances and discoveries that Dave and his students have made over the course of his still young career,” said Andy Wyss, chair of Earth science. “A treasure to our campus and discipline, Dave richly deserves this recognition.”

Raised by a microbiologist and a biochemist, Valentine suspected he’d make a career in the field, even as he focused his education on Earth’s chemistry. His dual interests in microbiology and environmental chemistry led him to carve out a niche in biogeochemistry.

Although work in this field often finds applications, Valentine frames his research in terms of basic science. For instance, in 2004 he was vying for a grant to study ethane and propane in natural seeps offshore Santa Barbara “because nobody else ever had,” he said. The reviewers pushed him away from those compounds and toward methane, a powerful greenhouse gas. He pursued his initial focus despite missing out on the grant, and his commitment paid off in a big way. 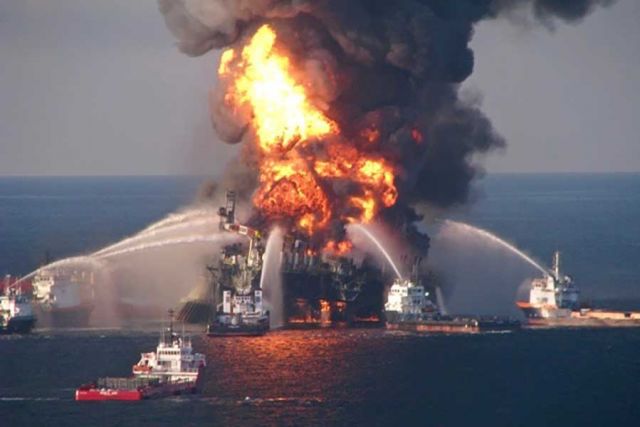 In 2010, the Deepwater Horizon event spewed methane, ethane and propane into the deep ocean. Ethane and propane alone accounted for more than ten percent of the total discharge and drove the early microbial response. “Suddenly the backwater microbiology and geochemistry from our local seeps was the best available insight to understand what was happening in the deep ocean around that blowout,” Valentine said, “and I was in an exceptional position as the closest thing anyone had to an expert on that topic.”

More recently, he spearheaded an investigation of DDT contamination off the coast of Southern California that was highlighted on the front page of the Los Angeles Times. Petrochemical manufacturers in the region used to routinely dispose of their waste in barrels several miles off shore, and there they lay, out of mind for decades.

While studying microbes inhabiting deep ocean methane seeps near Catalina Island in 2011, Valentine noticed dozens of dots littering his sonar screen. Directing a deep-sea robot to investigate, he revealed the corroded barrels strewn across the seafloor. Later that year, and again in 2013, he and his colleagues collected samples from dumping sites that revealed DDT contamination 40 times greater than the DDT Superfund site off of Palos Verdes peninsula. “That DDT has been sitting there for decades untouched by microbes,” Valentine added. “Clearly the microbes are not doing their cleanup job properly, and I’d like to understand why.”

Valentine has also worked with biopolymers and helped investigate a previously unidentified group of ultra-small microbes that are able to target their own genes for accelerated mutation. The sheer diversity of these recently discovered miniscule microbes has dramatically added to our account of the tree of life.

Sediment biogeochemistry is Valentine’s bread and butter, though. His team analyzes the microbial processes taking place in the seafloor and how they impact the distribution of chemicals. “The sediment seems like a quiet place for microbes to set up a home,” he said. “This is true, and it also takes a special kind of patience for microbes to eke out a living being buried alive for thousands of years.”

One of Valentine’s most enduring contributions has been to provide an ecological and evolutionary theory explaining why microbes belonging to the archaeal domain of life are superior at surviving extremes such as long-term burial than other microorganisms. “When bacteria and archaea diverged from a common ancestor early in Earth’s history, the archaea took with them an ability to survive at the extremes,” he said. In contrast, bacteria were able to dominate the rest of the biosphere, where conditions are more amenable to life.

Based on his research, Valentine posits that the distinctive composition of the cell membrane is a key factor distinguishing life’s first two domains. “I think there is more to discover here, but it’s clear that archaea have a natural biochemical advantage when it comes to difficult environments,” he said. “It starts in their membrane lipids.”

Valentine has always harbored broad interests. “The big difference now,” he said, “is that I am in a position to collaboratively pursue more of those interests compared to when I was first starting out.

“It's kind of my dream, being able to see so many of my crazy ideas coming to fruition.”