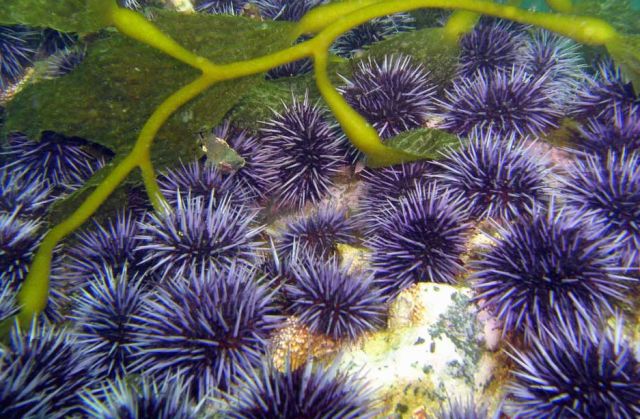 Sea urchins have gotten a bad rap on the Pacific coast. The spiky sea creatures can mow down entire swaths of kelp forest, leaving behind rocky urchin barrens. An article in the New York Times went so far as to call them “cockroaches of the ocean.” But new research suggests that urchins play a more complex role in their ecosystems than previously believed.

A team led by Christie Yorke, a postdoctoral scholar at UC Santa Barbara’s Marine Science Institute, studied how urchins might function to break up tough kelp into more manageable pieces that can feed other scavengers, also known as detritivores, living on the kelp forest floor. The paper, published in the Proceedings of the Royal Society B, is the first to look at sea urchins’ role as shredders in the kelp forest ecosystem.

Urchins can have an outsized effect on kelp forests, especially when their predators aren’t around to keep their population in check, Yorke explained. Overhunting of the sea otter, one of urchins’ most significant predators, has allowed some urchin populations to clear cut vast tracts of kelp forest, drastically reducing the productivity and biodiversity of sites they’ve munched through. Some groups have even taken to indiscriminately smashing urchins to stem this scourge. 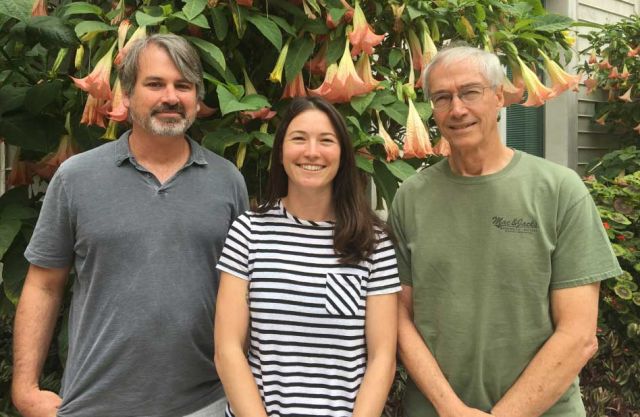 Nevertheless, urchins may be crucial to the health of the kelp forest ecosystem. Giant kelp is highly productive, growing up to 18 inches per day under ideal conditions. But a significant amount of this material gets transported away from the ecosystem, washing up on beaches, getting swept out to the open ocean or drifting into the deep sea. Kelp is also rather unpalatable compared to single-celled phytoplankton.

Yorke and her colleagues were curious whether anything might be able to retain this food source within the kelp forest. “We know that kelp affects animals by providing habitat for fish and other species, but does it actually feed any of these animals?” said Bob Miller, a research biologist at the Marine Science Institute and one of the paper's coauthors.

Scientists have hypothesized that kelp sheds small particles that could be a food source. But the team’s previous work found that kelp didn’t appear to be nourishing the filter feeders in this way. The activity of sloppy sea urchins offered a promising alternative pathway for funneling nutrients from kelp to the ecosystem’s detritivore. 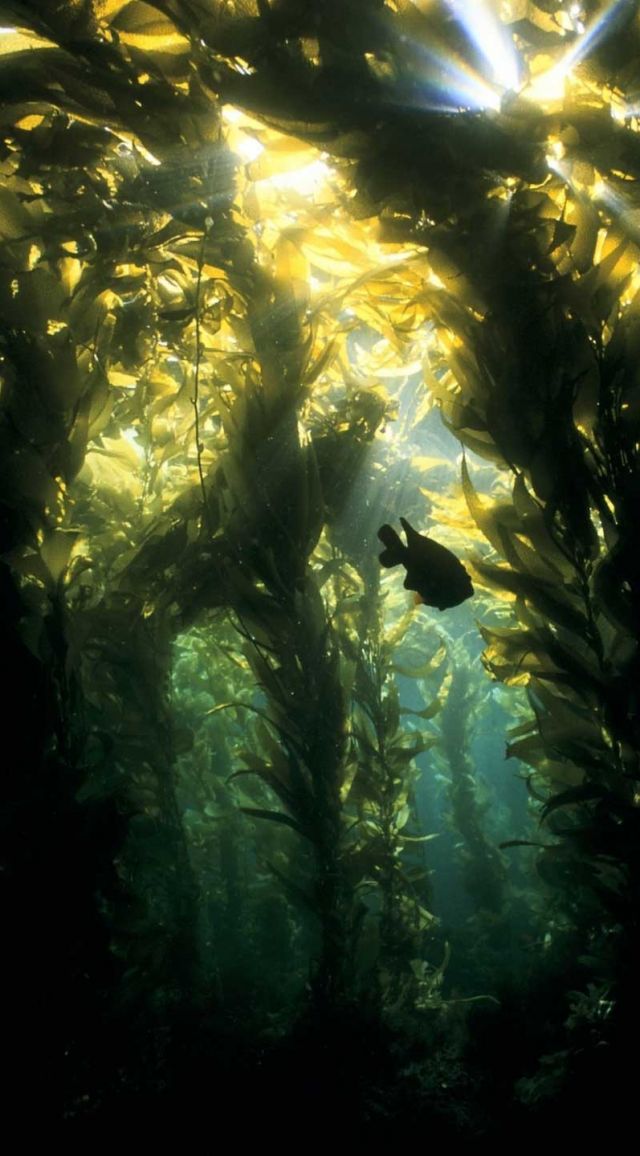 Despite its incredible growth rate and availability, giant kelp is not the first choice for many animals, as it is tough to digest. Credit: Credit: Christie Yorke

To test their hypothesis, Yorke set up several tanks with a number of detritivore from several species, along with some labeled kelp. Half of the tanks also got sea urchins.

To label the kelp, the team spiked it with rare forms of carbon and nitrogen by letting the algae photosynthesize in seawater enriched with these isotopes for three days, allowing them to trace the extent to which the tank residents ate the kelp. After 28 days, the researchers compared the isotope measurements for the specimens after the experiment to baselines they had established beforehand.

“We found that a whole host of detritivores can take advantage of kelp as long as urchins are there to process it for them, whereas otherwise they can’t,” said Miller. Indeed, only one species, a type of brittle star, ate a significant amount of kelp in the absence of sea urchins.

“Even then, the brittle stars used much more kelp when the urchins were present,” added Yorke.

Urchins excel in their role of processing kelp for other detritivores. They are remarkably messy eaters, scattering all sorts of bits and pieces as they chow down on giant kelp. What’s more, sea urchins digest remarkably little of what they actually eat. Meanwhile, their guts contain a rich assortment of microbes, some of which can pull nitrogen from the seawater itself, enriching the urchin’s waste. Some studies have shown that urchin feces can be more nutritious than fresh algae, said Yorke.

“Essentially, they create a kelp smoothie for the reef,” Miller said.

Yorke agreed and stated that “without the urchins there, it’s possible that this kelp would just get washed out of the kelp forest by the current and be unavailable altogether.”

Extrapolating from small experiments in the lab to the processes out in the environment can be difficult, so the team used historical data collected by the Santa Barbara Coastal Long Term Ecological Research project (SBC LTER) to place their results in context. SBC is one of several long-term research sites throughout the country funded by the National Science foundation. It is one of two overseen by UC Santa Barbara.

The scientists looked at 11 years of relevant data, including the amount of kelp litter over time, as well as sea urchin abundance and biomass. Their analysis suggested that the amount of kelp that urchins shred and process could be a significant portion of the resources available to the creatures that live on the seafloor.

“A lot of times urchins are portrayed as grazers,” said Yorke, “but that’s actually an uncommon condition. Most of the time the urchins are just sedentary detritivores that wait for leaf litter from the kelp to fall and drift past them. They capture this detritus and consume it.

“Urchins switch from this sedentary behavior to active grazing if drift kelp becomes limited,” she explained. This can happen for a number of reasons. If urchins become super-abundant there may not be enough drift kelp to sustain them. Alternatively, oceanographic conditions like El Niño can impact kelp productivity.

In this way, urchins are more like grasshoppers. Under normal conditions, grasshoppers are a healthy part of their ecosystem. But in certain circumstances, some species will swarm, becoming a plague of locusts.

“Urchins are generally cast as the villain in the kelp forest,” said Miller, “but this study shows that they can play an important role as an intermediary in the food web.”

“We should not go around and vilify or smash sea urchins before we understand their role in the ecosystem better,” he added. “They’re not necessarily always the bad guy they’re made out to be.”